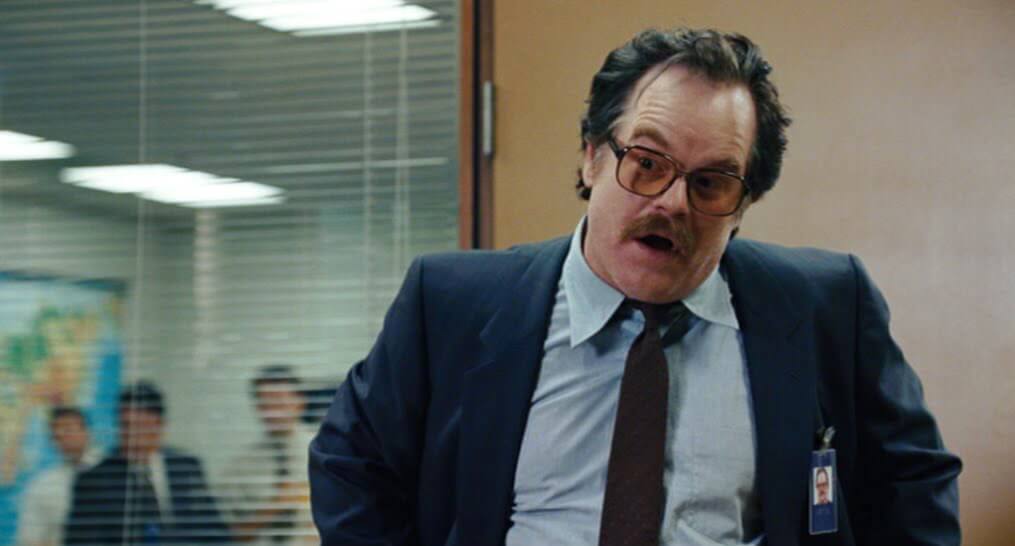 Yesterday I told you about where the master learned his craft. Today we’ll learn about scene structure from my favourite Sorkin scene. And you’ll be surprised, as you may have missed it.

Sometimes I watch a movie and a week later I have forgotten everything, except for one single scene. Do you have that, too? Invariably, this happens more often with movies that have an unusual narrative structure.

After watching Charlie Wilson’s War, I forgot everything except for a handful of masterful scenes and the ‘zen master’ ending.  To me, one scene stood out above all else. It is an instant classic, and a class example of expert use of dramatic construction, exposition and subtext.

You could do a whole masterclass, just on the scene structure of this moment.

Charlie Wilson’s War is by all standards a solid film, but most people will agree this is not a great movie.

With Sorkin on story, a budget of $75m, and Tom Hanks’ & Julia Roberts’ star power, the studio must have looked at the domestic result of $66m as a big disappointment. If a film of this calibre doesn’t reach the mainstream, usually the filmmakers are to blame.

But if you’re a discerning viewer, you don’t want the studios to stop making these pictures.  In fact, if you love political intrigue, you’re on the left of the political spectrum, and you enjoy great dialogue, then this film is pure delight.

Sorkin has said that he never has an agenda when he writes. Really? Charlie Wilson makes a pretty darn strong statement.

Out of its contemporary 2007 political context – the West fighting a heavily armed Taliban in Afghanistan – this is a straightforward hero movie with a happy ending. Add the zen master perspective, and it becomes a wry satire about the bungling and moral murkiness of American politics.

The stuff of great drama.

Why Didn’t It Work? Satire is a tricky genre at the US box office, particularly if it’s just smart, and you leave out the primal elements.

Borat worked – primal allover – but what other satires do you know that broke out and went big?

Charlie Wilson’s War recounts the eponymous Texan Congressman’s lobbying in the arms race during the Soviet-Afghan war of the late 70’s.

What started as a covert operation with a budget of $5m spins out of control to an all-out war effort spending more than a hundred times that amount.

With stars like Tom Hanks, Julia Roberts, Philip Seymour Hoffman and Emily Blunt, a screenplay by Aaron Sorkin and Mike Nichols at the helm, this is nothing short of a dream team. Still, the movie didn’t made its money back.

In my view, one reason the film didn’t work is because it ends ironically. (The reason it did work for me, is Sorkin’s addictive dialogue, and his masterful sense of scene structure)

In the McKee sense of the word, the resolution is a tainted victory. There is no clear happy ending. Wilson wins his war, but at the end of the film we are reminded of where the resources of this arms race ended up: with the Mujahideen – and by extension, the Taliban.

We don’t really need McKee to explain that this is also pure, literal irony.

If Sorkin’s movies lack cinematic arcs, their individual scene structure makes up for it. Borrowed from stage theatre, he creates sweeping mini-movements that put the best visual screenwriters to shame.

How often do we find a well-constructed, meaty, dramatic scene these days? Pressured by the kinetic editing rhythm of today’s action movies, scenes are often kept too short.

This movie moment from Charlie Wilson’s War is the exception: a classic three-act scene structure with a spectacular climax, and the entire event clocking off at three minutes sharp.

Interestingly, the protagonist is absent; the scene introduces the supporting character of CIA spy Gust Avrakotos.

Hero For One Scene: Gust In a spectacular collision between Gust and his superior Craigley, we learn all there is to know about Gust.

His CV is substantial, and he gives us all the fine detail. Yet, we happily swallow the expositional subtext, as the drama keeps us at the edge of our seat.

The exposition is subtextual because at the surface, it all starts about an apology. But when Gust arrives at the Langley office, the last thing he wants to do is apologise.

The function of this scene is simple: to introduce the character of Gust.

In my classes, I explain how the most important character aspects are (in order) psychology and sociology. Craigley tells Gust to his face that the reason he lost the Finland job is because he is coarse.

In the scene’s final act, Gust speaks five words that sum up his character’s function (or sociology) in this movie, as well as the scene’s reason d’être: “I am an American spy.”

This has been the subtext of the entire argument, ultimately floating to the surface in the climax.

When we understand that the argument is no longer about the apology, but about Gust’s missed career opportunity, Sorkin signals this with a First Threshold: a tradesman opens the door, and interrupts the conversation. Scene structure emphasised by action and setting. Beautiful.

If you don’t believe this constitutes the mythical curtain between the scene’s first and second act, do read on.

Gust builds his argument, with tension increasing to the boiling point. At the mid point, things get personal. Gust goes so far that he risks losing his job – and in Hero’s Journey terms his identity – when he attacks Craigley ad hominem, by revealing he knows about an affair. This is the scene’s lowest point, or Ordeal.

Time for the Final Threshold, and guess what Gust does… He opens the door again, to find the tradesman!

What follows next, you’ll need to watch for yourself. Too good to spoil. Let’s skip to the aftermath moment.

In the Hero’s Journey, after the hero has completed the quest, he brings the elixir back to his people (here: “How was I?”), and he is hailed by the community for his achievement: thumbs up!

3 thoughts on “Scene Structure With Aaron And Gust”