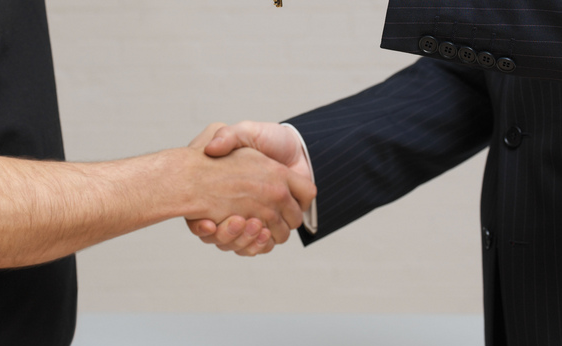 Robert Towne, screenwriter of CHINATOWN, SHAMPOO, TEQUILA SUNRISE, and MISSION IMPOSSIBLE I & II, among others, once observed that films can open slowly as the audience will forgive the story anything for twenty minutes or so.

I wonder, though, if that would have worked for him when, just starting out, for producer Roger Corman he wrote THE LAST WOMAN ON EARTH and THE TOMB OF LIGEIA. Maybe he should have said that the audience “may forgive you, but the industry reader may not.”

The truth is that film openings are a writer’s best opportunity to demonstrate to the audience that the initial stake of goodwill given the film by the purchase of a ticket will be provided-for.

Strong openings are, believe it or not, payback. Titles begin the process, previews and advertising can continue it, but openings are where all that flash needs to become cash.

Strong openings are, believe it or not, payback.

Perhaps the hardest page to write in any screenplay is page one. In his book, Zen and the Art of Screenwriting , William Froug writes:

“I once knew a highly successful screenwriter, one of  the all-time greats, who spent a year writing and rewriting and rewriting page one. I know this first-hand because he asked me to come down to his office at 20th Century Fox one day to proudly show me (sic) his new screenplay. ‘What do you think of it?’ he said, smiling proudly as he leaned back in his chair. He handed me only one page, perfectly typed, marked page one. I read it and handed it back to him. ‘Jim,’I told him, ‘this is the same page you gave me to read a year ago, isn’t it?’ ‘Sure,’ he said, ‘but this time I know I’ve got it right.’”

Titles begin the process, previews and advertising can continue it, but openings are where all that flash needs to become cash.

Terry Gilliam describes an opening that was never used for BRAZIL : “There was a wonderful beginning that Tom (Stoppard) wrote, with a beetle in an idyllic rainforest, who is disrupted by a great tree-gobbling machine that reduces the forest to paper pulp, which is then poured into a truck that heads towards the city as the beetle flutters overhead. The truck enters a paper mill that spews out huge rolls of paper which are taken to a printworks, which then churns out reams of printed pages that are bound into a document, which lands on a technician’s desk. As the technician picks it up to swat the beetle that’s now buzzing around his office, we can see the title page: it is a government paper on saving the rainforests. I thought that just encapsulated everything, but we couldn’t afford to do it.”

Because, of course, then comes the rest of the script.

The Start of Something Big

The James Bond series of films have always opened with a bang. Why? Because we are usually seeing the end of another, earlier Bond adventure. And this is always a good way to start action-styled stories, as it “hits the ground running.”

James Cameron, in his film, TRUE LIES, even paid homage to when he had Arnold Schwarzenegger appear at the beginning in a wet suit, only to strip it off revealing a tuxedo underneath, just as Sean Connery had done nearly thirty years earlier. On the one hand, they need to initiate and perform the standard housekeeping all stories must do: set up the story’s world or universe, introduce the major characters (including setting up the villain, even if his first significant appearance isn’t until the second or third act), and create the interactions out of which the story can grow.

But they must also begin the process of fulfilling the promise the story makes to that audience of a satisfying story experience. One way to do this is to make the story’s opening a mini-movie in itself. One that offers, in microcosm, every essential thing the complete film offers in macrocosm. This means, effectively, a beginning, middle, and end.

The writer establishes the protagonist, places him in a dilemma, and then shows the protagonist taking action to resolve it. When done in an exciting or clever way, this has the effect of advancing that “promise” we alluded to toward the story ahead.

All of this must be done in the first ten minutes (ten pages), or so. As tall an order as that seems, it isn’t really so tough. The writer doesn’t need to be concerned with the kind of demands the larger story later places on the material: character development, back-story, motivation, etc.

Just introduce your hero, drop him into a thorny problem, and show him getting out in a novel and exciting way.

I am a writer with three published novels, others on the way, a nonfiction book in the works, several screenplays written and in development.

During and after college, I worked as a theater projectionist and manager, in public relations, and as a literary agent selling to publishers and producers. Two heads are better than one, so I keep a human skull on my desk for inspiration (and a second opinion).

I currently work as a computer network administrator in government. I’m married and the father of two daughters. “I’m a computer professional: I don’t lie, I manage information.”

2 thoughts on “Lateral Screenwriting: Openings that Close… the Sale”