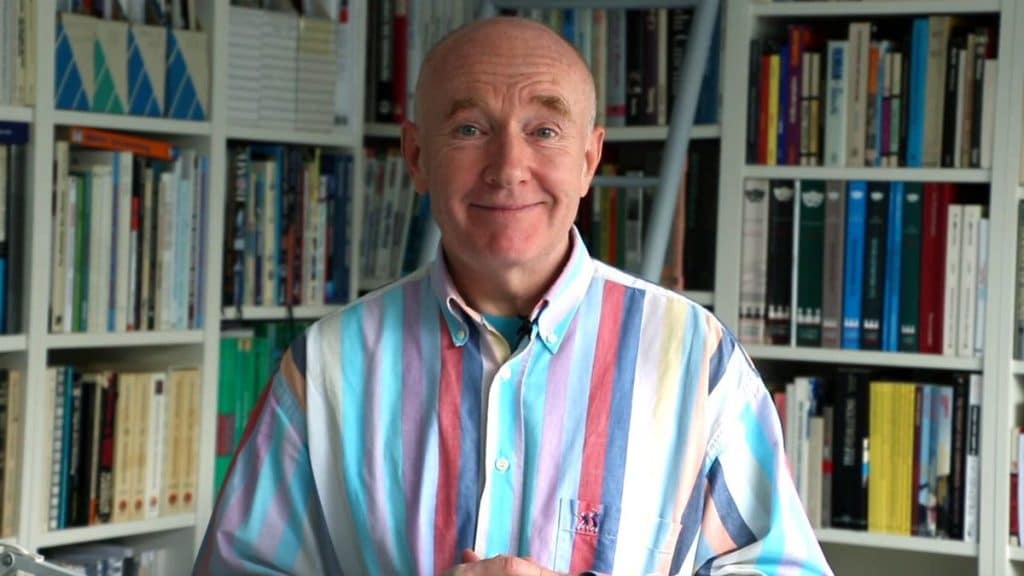 Yves Lavandier took a degree in Civil Engineering, then studied film at Columbia University, New York, between 1983 and 1985. One of his tutors was Frantisek (Frank) Daniel, the same teacher who inspired Paul Gulino, author of “Screenwriting, the Sequence Approach”. During this time he wrote and directed a number of shorts, then returned to France and embarked on a full time screenwriting career, mainly for television.

In 1987 he established a number of writing workshops, and produced a 12 page handout on the theory of screenwriting. When the handout grew to 100 pages he decided it was time to write a book. His 2005 screenwriting guide “Writing Drama” was the result of twenty years of film study, writing and teaching.

“Constructing a Story” is based on chapters 16 and 17 of “Writing Drama”. It develops and extends into 240 pages the ideas raised in the original 40 pages.

All recommendations in the book have been tested in his own writing and in the workshops he teaches, and are supported by references to over 500 films, television shows, plays and novels.

It is, therefore, a very thoughtful book and one that presents rules, guidelines and precepts that will be of interest to all thoughtful screenwriters.

Lavandier does not shy away from controversy. He criticises the “one model fits all” approach taken by Hollywood as a reaction to Syd Field’s “Screenplay”.

Many other screenwriting manuals regard the Field structure as sacrosanct. He tells us that protagonists do not need to be virtuous or likable, and cites films from the 70’s such as “Midnight Cowboy”, “Dog Day Afternoon”, “One Flew Over the Cuckoo’s Nest” and “Taxi Driver”.

Many other manual writers agonise over making the protagonist likeable, resulting in devices such as “save the cat”, which are excellent when cleverly employed, but in many modern films, heavy-handed and obvious.

While most theorists advise starting with a logline, Lavandier suggests that is the second step. The initial step is “intention”. Writers should first consider the meaning they wish to convey through their story. This can often be summed up in a key phrase or key scene.

His discussion of the character arc in Chapter 4 extends the idea of a straightforward change and highlights the four narrative moments essential to the conveyance of the arc. He also points out that not all characters change, and while Hollywood producers seem to revel in arcs, the protagonists in “North by Northwest”, “Amadeus”, “Some Like it Hot” and “Fargo” are the same at the beginning and end of their stories.

Chapter 11, “Fundamental Requirements” lists “a few precepts that you should keep in the back of your mind at all times as you write.” They include be clear, be ferocious to your protagonist, make the audience participate, enter other peoples’ minds, use powerful language and create connections. The twenty suggestions in this chapter should not be left lingering in the back of the writer’s mind – they should be nailed to his or her computer.

Of course, it is not always possible to agree with everything in a book that is packed with such great advice, and there were two areas that I found difficult to accept.

Lavandier suggests that a character should have a maximum of three traits, and that any more and “the audience will either drown in too many details and the character will seem two-dimensional and incoherent, or you’ll only end up keeping two or three and ignoring the rest.”

When I read this I thought immediately of “Erin Brockovich”, and began to list the protagonist’s traits. Erin is intelligent, has a great memory, is passionate about her work and the people she is helping, is vulnerable, scared of commitment, strong, but also sorry for herself, wants respect, knows she is sexy and knows how to use her sexuality, will not be intimidated, has difficulty relating to other women and uses profanities, often on the wrong occasion.

All these traits result in a rich, well rounded and fascinating character, and I doubt whether many audience members found themselves drowning in detail.

My second criticism is his treatment of dialogue. “Dialogue,” he says, “needs to come across as realistic… People in real life hesitate, search for their words or repeat themselves.” I agree that people do this, but it is not entertaining on the screen, and if this advice is followed a lot of unnecessary and tedious pages will be produced by budding screenwriters. The first duty of a screenwriter is to entertain. “Um’s”, “ah’s” and “let me rephrase that” are not entertaining.

He also suggests that dialogue “should resemble everyday speech.” If screenwriters adhered to this advice we would never have heard some of cinema’s best lines. When a robber holds a gun to a woman’s head and threatens to shoot her, a detective on the scene would most likely say something like, “Put down your weapon”, or “Don’t do it, let’s talk about this.” Instead, Harry Callaghan in “Sudden Impact” says, “Go ahead. Make my day.”

A criminal watching one of his henchmen beat up two men would be unlikely to say, “Jake attacks his job with a certain exuberance”. And one of his victims would be unlikely to counter with, “Shit. We’re being beat up by the inventor of scrabble.” But these totally unrealistic lines assist in making “The Last Boy Scout” a very entertaining movie.

These two minor criticisms are directed at less than 2% of the book. The remaining 98% I found thoroughly enlightening, with ideas and suggestions that made a lot of sense.

Many lesser screenwriting manuals are little more McKee, Field, Vogler, Snyder and Seger repackaged. Lavandier’s “Constructing a Story”, like his previous work, “Writing Drama”, is an original, erudite work, packed with helpful ideas based on the author’s many years of research, teaching and writing.

I would recommend it to all screenwriters.