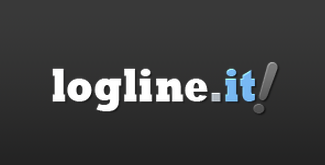 Writing loglines is an essential skill for screenwriters, from early development through to the pitch. In this section, every week our panel reviews a few loglines posted to www.logline.it. Learn from the feedback and perfect your own loglining skills.

[box] “In early 1997, Anu Singh, a young law student at the Australian National University, began to tell many people she was planning to kill herself. As her mental and emotional state disintegrated, her plans grew more bizarre and macabre, concerning her boyfriend Joe Cinque. In October she knocked Joe out with Rohypnol and then injected him with a lethal dose of heroin. Nobody tried to stop her”[/box]

Dave: “This isn’t a logline and I had to read it and re-read it a few times to understand exactly what story, and whose, is being told. It does seem an interesting story but it loses punch and impact from the details. As a story, it seems quite dark and I’m guessing the main character would be Anu – watching an unempathetic character for 2 hours being macabre and bizarre and then kill someone wouldn’t be an enjoyable experience. There also isn’t a clear goal in Anu’s story. I could imagine the story being very dark and thought-provoking, until the murder. It would not be interesting to follow somebody go mad.”

It does seem an interesting story but it loses punch and impact from the details.

Paul: “This reads more like a very short synopsis than a logline. Way too many unnecessary details clutter the read. But most importantly, I still don’t have a good idea of the story. Does the story end with the injection, or is that just the beginning of the journey? Whichever it is you’re either telling us too much or too little.”

This reads more like a very short synopsis than a logline.


Karel: “The story is centered around a strong antagonist but we don’t know anything about any character we could possibly empathise with. Another problem is that if nobody does anything, we have characters who lack purpose, which makes for poor drama.”

[box] “Set to the hit music of pop star Kylie Minogue, this musical spectacular follows 17-year-old Kylie Power, who, upon moving to her father’s hometown of Sydney, is given one last chance to pursue her dream of becoming a synchronised swimming champion.”[/box]

Geno: “Remove that Kylie Minogue nonsense. Unless you are producing and directing yourself, you’ll have zero influence on the music, soundtrack, dance numbers, stunts, etc. If you ARE producing it and directing it yourself, you can write any logline you’d like, since it doesn’t matter anyhow. The meat of the logline is the last two thirds.”

The meat of the logline is the last two thirds

James: “Minus the info about Kylie Minogue, this is actually a pretty solid logline. We have the main protagonist, a possible antagonist (the father), and even a goal. My only real issue is that the goal might not be visible enough. When its something as broad as “achieve her dream” then the movie can appear to drag on a little. It would be better if it actually stated what she had to do to become a synchronize swimming champion. As in stating that she has X amount of weeks until the big tournament that could decide it all.”

If you have an opinion on any of these synopses or the feedback from the judges, please share it with us in the comments below. Please keep the discussion constructive. Even if your first instinct may be subjective, try to give us as objective a reply as possible. The objective is to all (that includes us, judges) learn from the exercise.