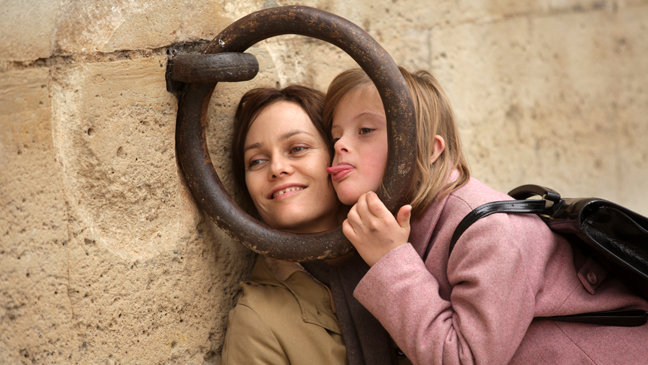 Antoine has it all. (Oh dear: you don’t want to be a character who has it all at the start of a film.) He has beautiful kids and a hot wife, and he’s a hot international DJ. He also speaks French (which is hot) as this is a French Canadian film. But Antoine is obsessed by a sense that he cocked up his life when he split up with his first love.

Interleaved with his story are two others: of a single mum (Vanessa Paradis) struggling to raise a son with Down syndrome in Sixties Paris, and of a woman plagued by strange dreams.

The stories are connected but, um, not well, and it’s directionless for too long. But there are great performances (especially the kids), some beautifully observed moments and a resonant dramatic question: can two people be each other’s whole world?

Jonathan Empson’s TV script Chrome was nominated for an AWGIE in 2010.
His recently completed historical drama-comedy feature Leonardo’s War is in circulation, and his black comedy-thriller Get Out of Here has been optioned.