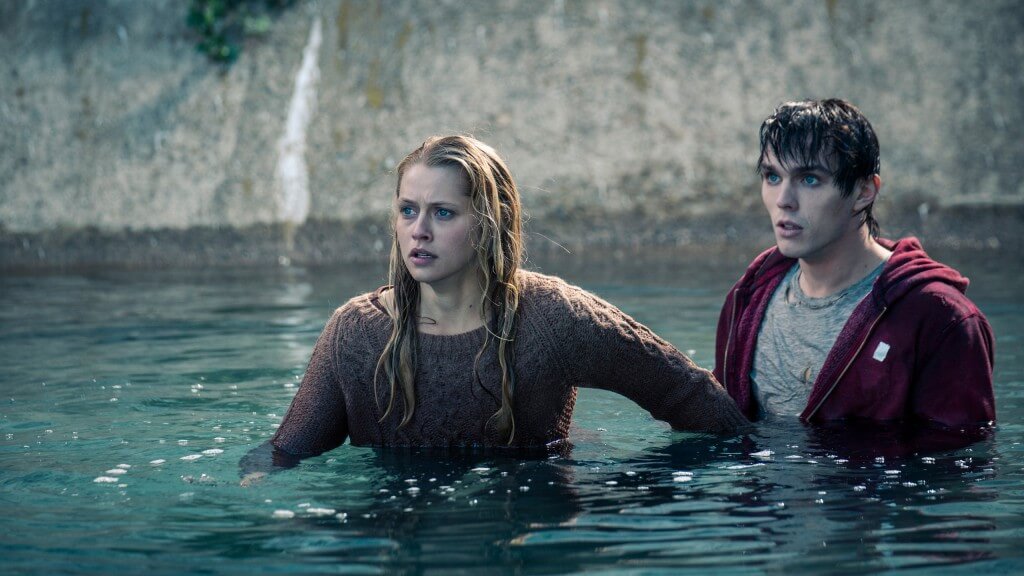 Bad title, good premise: the zombie apocalypse from a zombie’s point of view. R – that’s as much of his name as he can remember – is played by Nicholas Hoult, who brings his perfect natural pallor to the role.

R isn’t a bad guy. He’s just trying to get through undeath at a slow shuffle, like everyone else. He and the other zombies occupy an abandoned airport, swapping grunts and occasionally going off to hunt for someone to eat.

One day his hunting party runs into a group of humans who have ventured out from their fortified settlement on a supply run. When R(omeo) sees Julie(t), something stirs inside him other than his stomach juices. Is it his dormant humanity? R captures Julie and takes her back to the airport, but not as a takeaway snack. Could she ever love him?