I was reading away last weekend, burning through script after script, each one in a different genre, becoming more and more frustrated as each script ended.

And I was wondering why I was getting so worked up.

I go through bad stretches of scripts all the time. It eventually turns. So why was this bothering me more than usual?

And I realized that in each script I’d read, some basic common mistake was being made. These weren’t unique problems that only pop up once every hundred screenplays or so. These were genre-specific mistakes that I see over and over again. So I thought, hey, if I knew the number one mistake to avoid when I started writing a screenplay, wouldn’t that give me an advantage over other writers?

So lo and behold, that was the genesis for this article. I marked the 15 most popular genres and the most common mistakes I run into while reading those genres. Other readers may have different experiences, but this is mine. So either silently curse me for pointing out, once again, what NOT to do in a script, or use this advice to topple your competition. Here we go!

Number one mistake I see in period pieces is writers getting lost in their work. We’re cutting to a king in France and a peasant in Russia and a little known uprising in Austria and dozens of years pass and the old characters die and new characters are born and blah blahblahblah blah blah blah. Jumping around to 15 different characters in 18 different countries for 2 and a half hours isn’t going to entertain a reader. It’s going to frustrate them. Instead, find the focus in your period piece. Make the main character’s journey clear.

Number one mistake I see in period pieces

is writers getting lost in their work.

The King’s Speech is about a King who must overcome his speech impediment before giving the most important speech in the country’s history. It’s clean and it’s simple. If you do want to go “sprawling,” remember this: The more sprawling you get, the clearer your main character’s goal has to be. So the story of Braveheart encompassed dozens of years, but the goal (obtain freedom for his country) was always as clear as day.

Many writers believe drama is a license to lay everything on thick as molasses. Cancer, death, car crashes, disease, abuse, addiction, depression. If you have more than a couple of these going on in your drama, consider taking them out now.

Dramas are at their best when they

pick and choose which moments to explore

Dramas are at their best when they pick and choose which moments to explore, not just hurl it all down in one giant depression sundae. It’s a delicate balance and by no means easy to navigate, but I always subscribe to the theory that less is more in drama.

What the hell are all three of these doing in one category? That’s easy. All three inspire the same problem. Writers never do anything fresh with these genres. Zombie: Group of people gets chased by zombies, usually in a city.

You have to come up with a fresh angle! Look at Zombieland. They added comedy, silly rules, a voice over, and a road-trip story to the genre. It was fresh. Look at 500 Days of Summer. 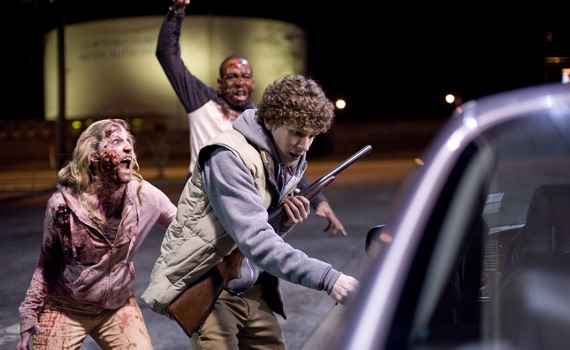 It mixed the whole damn relationship up. As for serial killers, I don’t have an example for you because since Seven NOBODY has done anything new with the serial killer genre (NOTE TO ALL SCREENWRITERS: IF YOU WANT TO CASH IN, FIND A FRESH ANGLE FOR THE SERIAL KILLER GENRE). Remember, all three of these markets are super-competitive. So beat em by coming up with something new.

since Seven NOBODY has done

anything new with the serial killer genre

Most new writers get into sci-fi and fantasy for the wrong reasons. They’re more interested in the macro than the micro. In other words, they care more about the world than their hero’s journey.

I remember reading a really ambitious incredibly detailed sci-fi script that didn’t have a lick of story to speak of, and the writer’s one big question to me afterwards was, “Do you think the disappearing mech suits on page 25 are realistic?”

Of all the questions they could’ve asked, they didn’t want to know, “Was my main character’s motivation strong enough?” Or “Do you think the connection between these two characters worked?” but if a singular tiny sci-fi geeky machine that had nothing to do with the rest of story was realistic.

This is representative of how writers think of these scripts. They’re focusing on the wrong things. Focus on the character’s journey first (The Matrix is more about Neo believing in himself than it is about cool wire-fu) and everything else will follow.

Focus on the character’s journey first

Coming-of-Age is a commonly encountered amateur genre because most writers are in their 20s when they begin writing. Naturally, they start writing about their own confusing directionless lives. Unfortunately, this confusion almost always translates to NO STORY!

The writer feels content to just let their character wander about, experiencing life and all its eccentricities, believing that the “realness” of the journey will be enough to capture the audience’s imagination. It isn’t. It just makes everything directionless and boring.

If you want to write coming-of-age, give your script a hook and a story just like any other genre. A perfect example is Everything Must Go – very much a coming of age story, but structured so as to keep the story on track and so we always know what’s going on.

If you want to write coming-of-age, give your script

a hook and a story just like any other genre.

I’ve said this a million and one times on the site. The biggest mistake comedies and horror films make, is to focus on the laughs and the scares as opposed to character development. 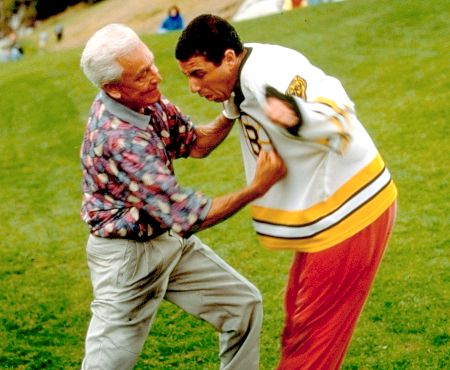 Comedy and Horror plots don’t tend to be that complicated, which is fine. As long as you have a good hook, you’re okay. But the characters in these scripts are a different story. The audience *has to connect* with them in order for the script to work. Yet writers refuse to dig any deeper into those character’s lives than the width of a tic-tac.

So figure out what makes your hero tick. What are they afraid of? What’s their biggest flaw? Then use your story to explore that flaw. Happy Gilmore had major anger issues. The story was just as much about him learning to overcome that anger as it was about winning at golf.

So figure out what makes your hero tick.