Award winning writer/director Christina Andreef has seen it all – not getting into film school, working with Jane Campion and finally: seeing her own films at Cannes and Sundance.

Cleo Mees spoke with Christina about writing for the screen and seeing her screenplays through the production process.

When did you start screenwriting?
I did a little at Uni in Ireland, but I really got cooking on the set of  (Jane Campion’s) “The Piano”.  I was writing a short called “Excursion To The Bridge of Friendship”.  Jane would ask to see it in between takes of the shoot.  (I’m sure we pissed the 1st AD off )  Then she’d send me away to improve it on the far side if the set.

I shot the film on 35mm with no money, and Jane let us (me and my editor, Heidi Kennessy) edit it on a dusty old Steenbeck in her storeroom at Spectrum films.  I finished it the same time Jane finished “The Piano”, and both films were invited to Cannes – “Excursion…” in ‘Un Certain Regard’.  It was an incredibly exciting baptism.

Where do you start when you have an idea for a script?
On “Excursion..” I started with … a prop.  Someone sent me a cassette tape through the mail, and it grew from there.  On “The Gap” I started with a story in the local rag about a guy trying to jump off The Gap.  On “Shooting The Breeze” I started with an idea – domestic violence in a dense hi-rise apartment building.  On “Soft Fruit” my first feature, it was my mother’s death and the crazily emotional, destructive and beautiful way that our family came together over it. On “Shiver” I started with Nikki Gemmell’s book, and wrote my first adaptation.

I have in fact, never started with structure.  I try to go to the core of where the heat is for me, and write from there out.  It’s a process I’ve often lamented because you have to find structure eventually – nothing is surer.  And it’s a long, slow, painful way around.

Excursion to the Bridge of Friendship (Cannes, Sundance, San Fransisco)

What’s the hardest part of writing for you?
Just that. Finding structure.  I was given Flannery O’Connor’s book on writing, “Mystery and Manners”, early on, and I love the mystery bit – mining your heart and soul and unknown bits for content and character.  But the manners bit is hard.  The re-writing and re-writing and re-writing and the interminable search for action and structure that feels fresh.

What do you do when you get stuck?
I go for a walk and put it out of my head.  Spend an hour in nature. Do yoga. Then brainstorm:  take a bit of paper and just write it all out – all the nonsense, all the banality, all the half-formed untested ideas floating in your head. Spend an hour just writing everything you know about the problem down. No stopping, no punctuating, no correcting, no reading back, no censoring… Eventually you get past what you know and into what you don’t know, and therein could be the answer….or not.

Have you developed any routines or methods that help you develop your characters/ideas?
I think I’ve always been really bad at (external) routines, so no.  But I do make sure that my story develops though character – the character’s action.  Story is what character does. I would not be random or arbitrary. I ask, “what would the character do now, in this situation?”  Of course since you’re inventing the character, the answer could be anything…an even more useful question is ‘What would I do now, if I were that character”. With that question you start to imbue your character with a uniqueness, a particularity.

Where does structure come into your writing process?
A lot of ‘how to..’ books offer schemas of some sort, but I’ve only ever found them useful after the fact –  like a template to lay over the work if you’ve got problems, to see where the problems might be, and how you might shift things around to fix them.  I seem to write character, feelings, plot, visuals first.  However I would never poo poo a 3 act structure.  It’s a story archetype that goes way beyond formula.  All it means is beginning, middle and end.  Set up, journey, resolution.  What’s so scary about that?

What is the importance of feedback from script editors, friends, etc., for you?  Who do you consult?
I think it’s important not to give your work too much oxygen too early.  Once you start taking on other people’s ideas too early, you risk getting a democratic script. That’s death.  There’s no such thing as democracy in script writing.  I don’t show it to friends.

When it’s nearly finished, I might show it to trusted writers, with track-records, who I think are good and whose taste I admire.  Most readers are only going to give your script ONE good read.  If it’s below par or you’re just looking for a pat on the back, then they’re never going to read it again with those fresh eyes.  You’ve got to save those fresh-eye reads – they’re important.

I’ve done the FTO Aurora Workshop with “Shiver” at 2nd Draft.  That meant a whole lot of  strong creative people with ideas. It was brilliant.  But you have to tune yourself to really feel which ideas are resonating with you, and leave behind the ones which aren’t. 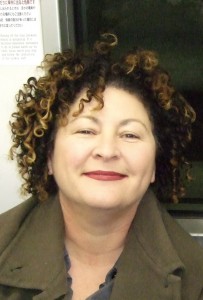 Christina Andreef has written and directed three prize-winning short films, “Excursion To The Bridge of Friendship” (In official selection at Sundance & Cannes), “The Gap” (Sundance & Telluride) and “Shooting The Breeze” (Sundance & Berlin). She followed with her first feature film “Soft Fruit” in 2000.  “Soft Fruit” won the International Critics’ Prize in Spain and was invited to Critics’ Week at the Cannes Film Festival in 2000.  It was also nominated for 7 AFI Awards.  Currently, she teaches Screenwriting and Direction at the Sydney Film School and Sydney College of the Arts.