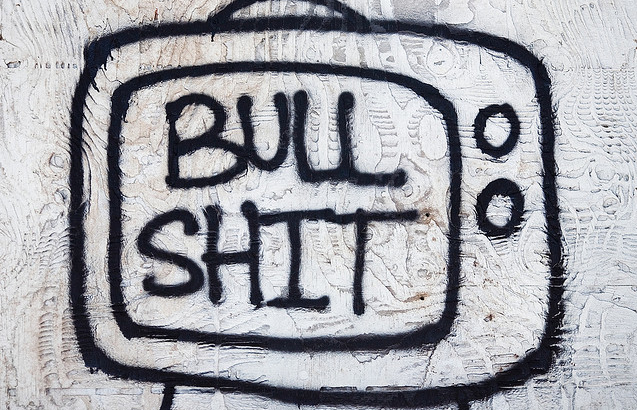 You turn on the TV, flick on the electronic program guide, and scan the possibilities.
Dross, muck, offal, junk. Where are the good shows? On your flashdrive, that’s where.

Because if you’re like most of Australia’s younger generation, and a growing proportion of the other generations, you don’t seek out high quality entertainment from your idiot box. You steal it off the internet.

Torrents! DVD burning! Piracy! Dirty, dirty words… But a crime that many of us have become complacent with. Why? If you are offered over-boiled vegetables and tough steak, but on the table next to you is an unclaimed lobster dinner, you dart your eyes side to side, make sure the coast is clear, and devour that ocean beast hand over fist until your face is covered with fatty crustacean juice and a glazed over haze of contentment. We may be geographically ‘isolated’ in Australia, but we’re no back-water bush whackers. We love to be provoked, titillated, amused, and sometimes even confused. Even though none of us understood everything they said in Deadwood (or even half of it if we’re really honest), it’s no reflection on our intelligence, but a testament to the amazing skills of the writers of that show.

We love to be provoked, titillated, amused,
and sometimes even confused.

So why don’t we see smart stuff in Aus? Well, we do. Some of it is Australian, some British, some American. But we don’t want to wait 10 months after a show has aired in the States to get it here. Why were we left drooling yesterday, while all fans of Walter White celebrate the start of the final season? We shouldn’t be meeting Beverley and Sean Lincoln in ‘Episodes’ only now – we should be watching season 2 along with America (who just finished the second season as we crack open season 1). But what is the root of this problem? It appears to lie with the executives of Australian television networks.  To be fair, I’ve never met a television executive here, only heard the horror stories they leave in their wake (Tim Ferguson has some crackers in his stand-up show, ‘Carry a Big Stick’). Tales of small-minded, footy-brained, tits-and-beer-loving bogans with a background in advertising and no sense of art (and no ability to decipher satire). They don’t like women, they don’t like anything new, and they think that just because they put out crap and it gets watched, we’re all sheep who love that crap. Baa.

Tales of small-minded, footy-brained, tits-and-beer-loving bogans
with a background in advertising

Feel free to debate that if you are a forward-thinking, intellectual, emotionally-driven executive with a desire for equality and evolution in television. No, I dare you. Because watching Australian television from the womb, I don’t think you exist. I think you’re the Easter Bunny, Santa Claus, Bindi Irwin’s childhood.

And you leave young screenwriters, like me, chomping at the bit to run away overseas where we will be treated better, have our writing better respected, and be paid. Money. Real money. London and LA calling. Instead of trapping the best writers in Australia and keeping them happy, allowing them to express their unique visions, and encouraging diversity in that vision, executives are letting the cream of the crop fly away to distant lands. And if you’ve ever enjoyed Californian sunshine, you’ll know why they don’t tend to come back. So while we, the analytical, progressive, eager viewers use up our data caps on downloading the latest Boardwalk Empire, Dexter, Game of Thrones, American Horror Story, Louie, and Napoleon Dynamite (the animated series) , bypassing the condescending ads our TV execs so desperately want us to watch and brainlessly buy from, those very same execs are busy creating new shows for us. How nice of them!

No, not nice. They created Being Lara Bingle. They created The Shire. Bimbo reality TV. Because if people watched Charlie Sheen for 8 years chat about screwing bimbos in front of a fat kid and the weirdo from Pretty in Pink, then we as a nation must love shallow people and want to see them on our screens. Sure, us smarties are not their target audience.

They’re shooting for the phallogocentric bogan turds with hot mags on their cars. Their people. But in doing so, they don’t just make us change the channel – they make us switch off our TVs and retreat to the fresh and relatable worlds found in the pirate bays.

They’re shooting for the phallogocentric bogan turds
with hot mags on their cars.

The waters are warm, and even though each dip we take destroys the film & television ecosystem a little more, stealing from the cast, crew, and writers who put their blood, sweat, and teeth into their productions, (and many of us hate this fact, especially us baby writers,) we currently can see no alternative.

That lobster dinner is just too damn good to give up for over-boiled vegetables and tough steak. Ingrid Elkner exists in human form and as a finger-puppet.

She’s had fiction printed in anthologies, articles published on comedy sites, creates sketches and comics for her own comedy blog 10 Minutes Later, and is the writer of new short film, THE PROWLER, starring Colette O’Neil.

Ingrid studies screenwriting in Melbourne and shakes her fist at offensively-shaped clouds.[/box]