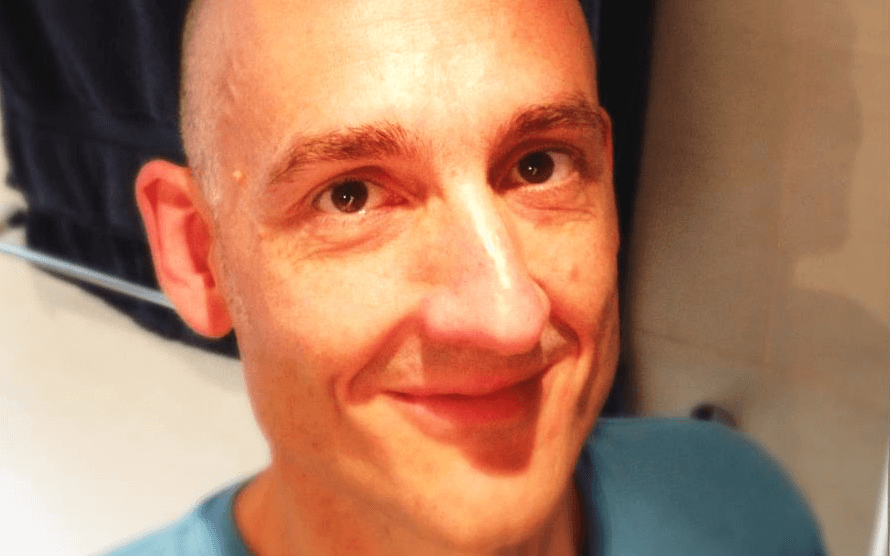 Yes friends, that is me in the pic. Even more surprising, it is actually me writing this.
With my – temporary – new look comes a new vigor and plan to write more.
Hopefully not so temporary.
In any case I’m back! (Voice In My Head: “But we’ll see how long for…”)

This ‘new look’ thing seems a bit out of character for me. I mustered the courage before going into a 10-day meditation retreat – where I didn’t expect anyone would know me. I expected wrong. After the experiment with super-short hairdo and lack of facial hair, I’m now back to (fairly) normal. Other changes have stayed, like getting up before sunrise every morning. You should try it – it is totally awesome.

So here I am with a rare, more personal kind of article. I’ve tried to start a regular thing like this before – but was too shy, too much of a perfectionist – or probably just not good enough a writer to stick to it on a weekly basis.

But after a few inspiring chats with my team members last week, we have a plan for a regular Saturday post.

The Future And The Past

My Facebook friends witnessed how last year was quite amazing in that I had tons of fun teaching and consulting. I’ve worked on my biggest projects ever, with wonderful people. One project involves the director of Australia’s most successful film of recent years.

So not much blogging in there.

Now I’m staring 2013 in the face… and suddenly last year pales in comparison, both in terms of work volume and scope. I’ll be teaching at 5 different places in Sydney and after trips to Asia and the Middle East, this year for the first time I’m going back to my European roots to lecture in Sweden. And I’m working on some very exciting projects.

Still, I’ll try to update you here every month.

I do want to get back into writing about the craft of screenwriting again, too. My study of movie structure and screenplays and the work with my clients have given me a some insights I have not read about anywhere else and I would love to share them with you.

One Hundred Articles – One Great Team

Behind the scenes of this blog, 100 draft posts are waiting to be developed and published. For some other bloggers this may not seem so much but for me, who has only posted a handful of articles over the past year, it’s pretty intimidating. I’ve made a commitment to ship more often this year.

The most exciting thing of all is that I have an amazing team behind me to start this year, and I would like to introduce the five members of the core team to you: Jamie Campbell: She is a novelist, blogger and screenwriter from sunny Queensland, who has taken the role of Co-Editor. Jamie has been helping me for quite a while to make The Story Department the best website on screenwriting in the Southern Hemisphere. Jamie runs Tuesday’s Guest Posts as well as Sunday’s Best Of The Web.

Jamie Wynen: This young man has talents coming out of his ears. He is an excellent writer and equally gifted behind the camera. Jamie collects the best videos on screenwriting, storytelling for the screen or filmmaking in general and presents them to you on Wednesdays. If only he would write more posts himself as his insight and style are both terrific.

James Michael: Like Jamie, I met James during a screenwriting course in which he excelled in terms of story originality and scriptwriting and I was thrilled when he accepted my invitation to join the team. He bridges the gap between The Story Department and “Logline It!“, the website on loglining that I started last year. James posts the Thursday logline reviews and often adds his own incisive feedback.

Marie Setiawan: I’ve know this screenwriter, filmmaker and blogger for a few years and was over the moon when at the end of 2012 she agreed to become one of the contributors to this web site. Marie graduated from the International Film School Sydney, where I consulted to the students on their projects. Marie will be tweeting on screenwriting and monthly on a Saturday, Marie reports on her path to becoming a professional screenwriter.

Cameron Pattison: Also a graduate from the IFSS, Cameron blew me away with the feature treatment he presented before graduating. Not only is he a promising screenwriter, Cameron is very much au fait on what is happening in the industry. His calm appearance disguises a burning passion for the craft. Cameron is keeping an eye on what’s reeling in the blogosphere and tweets it to @ozzywood.

Become One Of Us!

In addition to the core team, I’m hoping to present regular articles by Steven Fernandez, Mark Rasmussen, Ben Lenzo and other great regular contributors I am dying to read more of. We also have a fantastic monthly series coming up by JT Velikovsky, which will start next month.

If you have a screenwriting blog or would like to try your hand at writing a piece, drop us a note! We’d love to (re-)publish your stuff here.

Alongside all these collaborative efforts, I’ll make a superhuman effort to bring back the popular Structural Analyses.

If it weren’t for those wonderful people who have been helping me over the past few years, this blog would have virtually disappeared off the radar some time mid 2010. That’s when I dropped the ball due to real-life developments. But my volunteers have always stayed around – and so have you, my dear readers.

I thank you humbly for this.

1 thought on “Brace Yourself, Screenwriter! It’s The Come-Back Of Structure Man”