Theorists have grappled with the idea for decades, directors have had hissy fits… WAAPA directing student Ngaire O’Leary reflects on the filmmaker’s challenge of using a visual language that audiences will understand. The answer? Get out of your own headspace, and into your character’s.

I recently moved to Perth to study directing with the West Australian Screen Academy, which is under the umbrella of West Australian Academy of Performing Arts (WAAPA).  As part of the course, students direct a multi-camera piece, a lifestyle magazine piece (I don’t really know what that is either), a documentary and a short film.  I’ve chosen to focus on directing for this year, but I’m essentially a writer/director, so I want to talk about the process of transferring a piece of writing to the screen.

There is a maxim that goes, “A film gets written three times: first by the writer, second by the director and third by the editor”.   This is, essentially, true, and by no means is it a bad thing – although as a writer it can be difficult to see your vision become something else.

The reality is that each of these rewrites is necessary in order to distill the story in a way that makes it accessible for your audience.  When you are writing, you are drawing on your own experience and your own frames of reference and your own archetypes.   As the medium changes from the ephemeral space of your own mind, so the created film, by necessity, becomes an extended exercise in compromise. It is similar to the transferring of energy from one form to another: some of the energy always ends up getting dispersed in an unintended form, such as heat or light.  Baz Luhrmann says that he gets 60% of what was in his head on film, at best. That’s a pretty good average.

I often find, as a writer, that your brain gets snagged on particular images which become vitally important to you. They hold some personal significance to you, and in our own head they are full of subtext.  It can be devastating when they aren’t translated to the completed film, and rants about others not understanding your vision are sure to follow. So, the challenge is to figure out how to ensure which images are truly important to you in your piece and to ensure that they remain in the film.

For example, I recently had a stand up argument with a writer who was upset that, as a director, I wanted to change the colour of a car to fit in more the production design of the film. When I asked him why, he insisted that the car had to be black because it symbolized the Angel of Death. There was no other reference to this concept in the rest of the script, no implicit spirituality, no visual or verbal references to Angels or to the random spectre of death, so the symbolism that was so important to him made no sense to anyone else.

This was a wonderful lesson for me, as both a writer and director, because it served as a reminder about the fact that symbolism is not universal. Even the concept of death, which we may think is a major cultural archetype, will in fact mean something different to different people depending on their experience, background and spiritual persuasion. You can not rely on your own points of reference translating into your film.

This idea reveals how different cultures have different cinematic gazes and, especially if we are to regard our audience as a truly international one, (which we should be doing. Screen Australia?) it serves as a reminder that we cannot automatically assume that our audience will share a common symbolic language with us.

So, how do you avoid this trap? It is my belief that as soon as you start introducing elements of your own symbolism into your script, it simply won’t translate. Your characters are seeing the narrative through their own eyes and their own framework of symbolism and archetypes, and ideally the audience also experiences the narrative through the eyes of the characters.

Weighting the symbolism so that it exists through the eyes of the character allows it to be integrated as part of the narrative. This means that the narrative can, in return, add additional weight to the symbolic elements and make them an intrinsic part of the completed film.

In summary: The narrative needs to be told through your characters eyes, not yours. 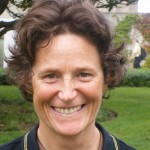 Ngaire O’Leary is a full time student and occasional writer/director.

Please support us by sharing.