In our series about screenwriting software, the people behind some of the leading titles contribute to this blog.

Our guest this week is Dan Bronzite, CEO of Movie Outline.

Is there a right or wrong way to write a screenplay?
Is one piece of software better than another?

The answers to both of these common questions are purely subjective. Of course, I think Movie Outline is far superior to Final Draft and Movie Magic – not just because I designed it but because, from my perspective as a working screenwriter, it ticks more of the boxes for story development than our competition. But that doesn’t mean what works for me will work for somebody else.

Every writer has their own method. Some may grab a pen and pad (as I used to do when I started out), others may type FADE IN on their favorite word processor and bash out a full script without any kind of planning. And hey, if it works, then great! Who am I, or indeed, who is anybody to tell you how to work or what tools to use? There is no right or wrong way that applies to everyone. There are only common methodologies and structural roadmaps that tend to come up again and again when you analyze successful movie narratives. I bet if you asked the writers of two box office smashes that both followed the “Hero’s Journey” paradigm about their writing process, you would find that they constructed the script in very different ways.


So how do I work? My first task, once I’ve got that killer idea, is to create a step outline. This is something I never used to do. My old method was writing a script on a pad, then copying it all into an archaic word processor and formatting it with macros. Jesus, it took a long time. But funnily enough, the process had its advantages. The time it took me to type it all out and format it correctly helped me revise the prose and dialogue (sometimes the structure, but not often) and mould it into a better rough first draft. That said, I wouldn’t go back and do it that way again, I now just make sure I give myself plenty of time to think over anything I’ve written.

A step outline ultimately saves me a hell of a lot of time in the rewriting stage but more importantly, it helps me focus theme, create three-dimensional characters and tighten story structure from the get go.

Originally I would only write a treatment as a selling document (something to give to producers to get interest and financing for a script) and I would only outline when developing rewrites with producers and directors. I initially didn’t like the process because I felt it hindered my creative flow. I was eager to write. I just wanted to flush everything out of my brain onto paper, not plan scenes. But in time I have learned to embrace the process and now actually find it helps my creative flow.

The trick with a step outline is simple: keep it short and succinct. Just write each step in one or two paragraphs then roll on to the next one. If you have ideas for dialogue or character development then note them down but don’t get too caught up in the details. Once you’ve got your basic step to step plan then you can go back in and re-jig the order, add some scenes, delete some scenes, work on the characterization and ensure your theme is strong, clear and intrinsically gluing everything else together.

The process doesn’t normally take me too long and by the end of it I have a ten to twelve page document in front of me that is ready for transformation into a proper screenplay. For this I used to use Final Draft, which was good for formatting but didn’t do anything else that I needed. It had production features but this was no use without a production deal. What I needed was an outliner, but unfortunately there wasn’t anything around specific to screenwriting.

That’s when Movie Outline was conceived. 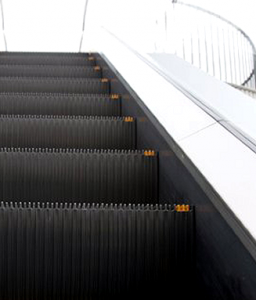 Since 2004 the product has developed from a simple step-outliner into a professional screenplay development package, and it is continually evolving. I am extremely excited about its future and love the fact that a community is now growing around it all over the world. The best part is the constructive feedback we receive. Movie Outline users really seem to have taken to the concept of the software and are effectively shaping its future development.

For me the software fulfills my screenwriting needs and suits my own writing methodology which, as mentioned, has also evolved over time. It allows me to write how I want without forcing rigid rules upon me. It has many features, but unlike some other structuring and story development tools, they do not take a Masters in Science to understand and are customizable.

A good example is Movie Outline’s Character Profile Wizard, a feature that allows you to asks a series of probing “interview style” questions to your characters and define their relationships with other characters in the story. You can also answer four key questions for each character for each step of your outline. But that’s the thing… you don’t have to. And if you do want to flesh out your characters with these tools then you can do it at any stage: before your outline, while writing your first draft script or even during re-writes.

Movie Outline also comes with twelve step by step breakdowns and analyses of successful Hollywood movies that allow you to simultaneously view the progression of your own story’s narrative with that of films in the same genre. This helps you identify pacing problems (especially through the FeelFactor™ graphs) and in conjunction with the software’s structuring and dialogue isolation tools can certainly help you craft a more rounded and professional screenplay.

That said, let me be clear: there is no quick fix for a broken script. It’s still down to you to work out why your script or scene or piece of dialogue doesn’t work. Sometimes you can follow all the so-called “rules” and still not get it right and in these instances the only solution is usually a combination of time, unbiased feedback and your own objective analysis… which is always the hardest part.